Babesiosis in Dogs: Symptoms and Treatments 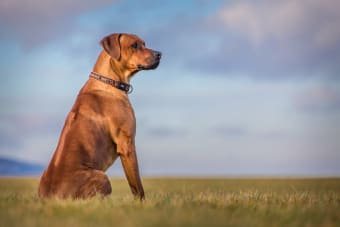 Babesiosis, also known as a Babesia infection, is a tick-borne diseases affecting dogs and other mammals across America. Here, our West Chester vets share some of the symptoms of this disease as well as treatments and the ways you can prevent infections from cropping up in the first place.

Babesiosis is a primarily tick-transmitted disease caused by a whole range of Babesia organisms which attack the red blood cells in mammals. The most common Babesia organisms found in dogs in North America are Babesia gibsoni and Babesia canis.

In the US, Babesiosis is commonly seen in greyhounds and pit bull terriers.

How can a dog catch Babesiosis or get a Babesia infection?

In the majority of cases, Babesia organisms are spread through infected tick bites. Some studies suggest, however that infected dogs with open sores in their mouths can pass their infection to other dogs through bites. As well, pregnant dogs can transmit their infection to their unborn puppies.

What are the symptoms of Babesiosis in dogs?

Pups who have chronic Babesia infections might not always display symptoms, but they are still capable of spreading the disease to other pets or their owner.

The symptoms of this condition will depend on the type of Babesia that has infected your pet, that said, the most common symptoms of acute Babesia include: weakness, jaundice, fever, and dark red or orange urine.

How is a Babesia infection in dogs diagnosed?

You vet will conduct a fully physical examination of your pet, looking for an enlarged spleen, swollen lymph nodes and a pale mucous membrane. If they suspect your dog has babesiosis, your vet may recommend further testing such as urine and blood tests to look for signs of low platelet counts, anemia, the presence of bilirubinuria and low albumin.

You vet will also often recommend DNA testing to determine what kind of Babesia organism has infected you dog.

What is the treatment for Babesiosis in dogs?

Treatment of babesiosis in dogs is typically a 3 pronged approach.

Imidocarb dipropionate injections may also be prescribed to help fight this illness in dogs, depending on the kind of babesia infecting your dog.

What is the prognosis for dogs diagnosed with babesiosis?

By the time babesiosis is diagnosed, it is usually at a relatively advanced stage. The success of your dog's recovery will depend on which of their systems are affected, so vets will often be conservative with their prognosis. Dogs that survive an initial Babesia infection may remain infected without symptoms for a relatively long period of time, then suffer a relapse.

Can I prevent my dog from getting babesiosis?

Treating babesiosis can be expensive, so prevention is generally your best bet! Keeping your dog on annual tick prevention medication can be an effective way of preventing a range of tick-borne diseases like babesiosis.

Checking your dog daily for ticks, and correctly removing any parasites you find, can be an effective approach to prevention since it takes a minimum of 48 for the Babesia transmission to occur once the tick begins feeding on your pet.

Note: The advice provided in this post is intended for informational purposes and does not constitute medical advice regarding pets. For an accurate diagnosis of your pet's condition, please make an appointment with your vet.

If you suspect that your dog may be suffering from a Babesia infection, contact our veterinary team at West Chester Veterinary Medical Center as soon as possible. Early diagnosis and treatment of babesiosis is key to preventing severe complications from arising in your dog.